The Man That Saved My Life 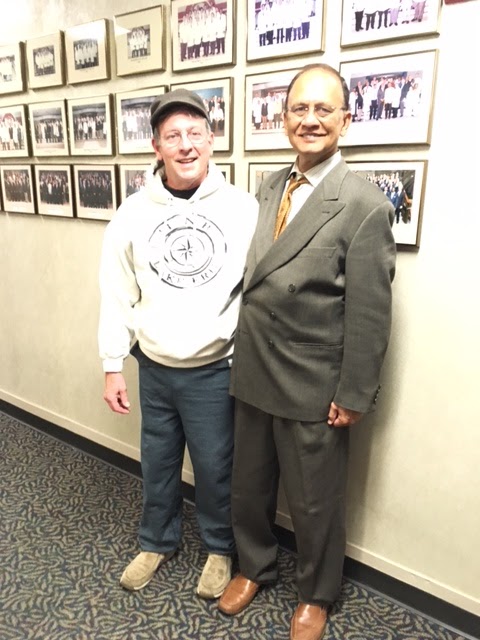 I've never heard of anyone that has attributed their continuation of life to their surgeon, but the man in this picture with me is my urologist, Mani Menon, at the Vattakuti Urology Insitute, at Henry Ford Hospital, Detroit. Because of him and his ultra skilled team I have a very good prognosis from prostate cancer.

One in seven men will be diagnosed with prostate cancer. My father had it and survived after treatment. My great grandfather died of it. It’s one of those genetic kind of diseases.When I think about these numbers, I can’t help but consider that if half of my Facebook friends equals approximately 1400 men, then about 100 guys that I know, or that I’m at least acquainted with, will have this disease.

For 8 years my PSA results have been rising significantly, and because of the velocity it was rising, my doctors have pushed for a biopsy every year. Because the numbers were within my age range, I put it off until this year when the results came back at 6.5. PSA stands for Prostate Specific Antigen. It’s a blood test, and the only way of detecting prostate cancer

I was scheduled for a prostate biopsy at University of Michigan, July 14th, but I cancelled it because I got an opportunity to sail in the Port Huron to Mackinac Island race.(I know that sounds crazy). The rescheduled biopsy was at University of Michigan on August 24th.It took two weeks to get the pathology report. I had a lot of problems with U of M, and if any institution attempts to give you this biopsy without pain management or placing you in twilight state, they are practicing medicine in the dark ages.

I consulted with four urologists and after a lot of foot stomping demands from a friend, I made an appointment with Dr. Mani Menon, of the Vattikuti Urology Institute, Henry Ford Hospital, Detroit. 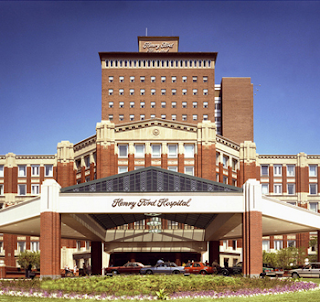 He is the person that pioneered the procedure of robotic, radical prostatectomy. Meeting with him and his team was a dramatically different experience than any that I've encountered with the medical community, which many of you know has been fairly extensive. It  was a two hour consultation. We met with all of his team. They explained the surgery procedure and how dramatically updated it has become over the years. No one performs these updates except for Menon and his team.
This procedure is nerve sparing and incontinence generally is gone within the first couple of months. I was fortunate that incontinence was not a problem. Probably because I did lots of Kegel exercises before the surgery. Most patients (90%) regain sexual function within a year. These numbers are for all patients and Menon feels that because I'm younger and fairly fit, that I should bounce back from the surgery well. I  worked out very hard (nearly every day) until the surgery. When you consistently break down muscle, your body is always in a state of healing.
Menon has performed over 2500 protastectomies. During surgery, after the prostate is removed, tissue sample from around the prostate is sent to pathology, and within ten minutes they report back to the OR if any more tissue needs to be removed. My cancer appears to have been contained in the prostate gland.
I am blessed, lucky, and very grateful that I have had this team of skilled individuals to take care of me. Meanwhile, I took real good care of myself so that I can get through this the best I can. Lots of workouts and long distance walks.

About a year previous to all of this I had planned an 18 day trip to the Virgin Islands. We had trip insurance and had planned to cancel the trip but were told by Menon and his team that we would still be able to go on the trip which was exactly two weeks after the surgery. The radical prostatectomy was performed on November 15.

I was discharged from the hospital the next day into an  apartment on the Henry Ford Hospital Campus, where Mara and I stayed for a week. My wife took very good care of me, and I believe is the only person in the world that would suggest that I looked kind of sexy in my urinary gear. 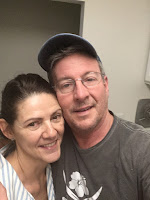 The 26 staples in my belly and the abdominal catheter were to be removed in one week but I was not healed enough so I was sent home the Tuesday before Thanksgiving. We returned the following Monday to have the staples and catheter removed. The results of the follow up biopsy of lymph nodes harvested during surgery were negative. So with a very encouraging prognosis, we then checked into a hotel at Metro Airport, and flew to St. Croix the next morning. (I know that sounds crazy.) 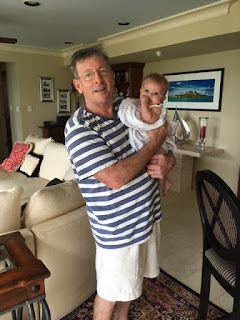 Our friends there spoiled us with their very generous hospitality and they even set me up with a gig, and I played at BREW STX, that Thursday night. Two couples came to see me play at BREW STX because they or one of their friends saw it posted on Facebook.

Staying with our St. Croix friends was great and gave me some time to heal before we went on our bare boat cruise. Plus we got to know them all over again as a family. I had played at their wedding some years ago and it was the first time we got to spend time with their children. One night, their oldest daughter (5years old) asked me to sing and play, "American Pie," and she knew every word. The night I played on St Croix, they danced to, "Into The Mystic." These precious moments will forever be ingrained in my heart and mind 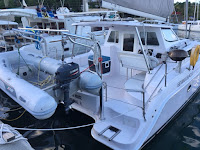 Then we flew to St. Thomas, took a ferry to Tortola, British Virgin Islands, and boarded a 35 foot sailing catamaran that I captained with my beautiful first mate for two weeks. (I know that sounds crazy.) Fortunately, I had just enough pain medicine to get  by the first 8 days and after that I managed to get by with Aleve and rum. 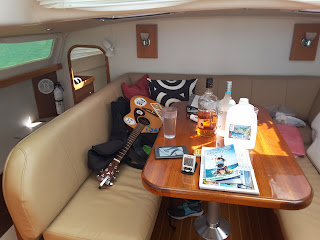 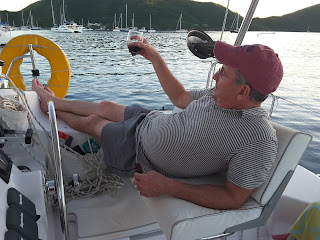 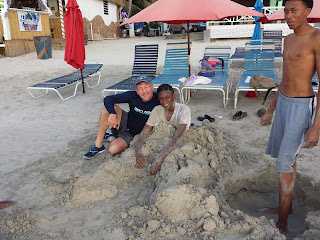 Every bar in the BVI serves a drink called a Pain Killer, and they work. 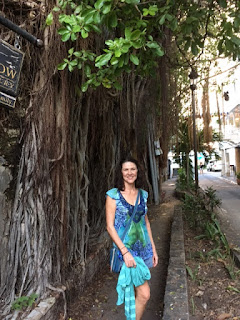 Though I had been somewhat limited on what I could do on our vacation, it was a really amazing trip. 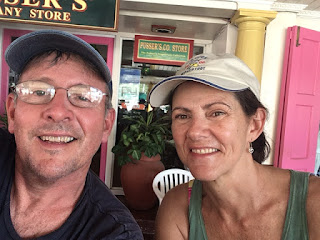 Here we are at Pussers, located at Sopers Hole, Tortola.

One last thing I would like to add to this story is this: I invite and encourage any person that is diagnosed with this disease to contact me if you need any information or if you just need someone to talk to. 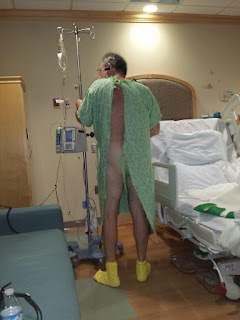 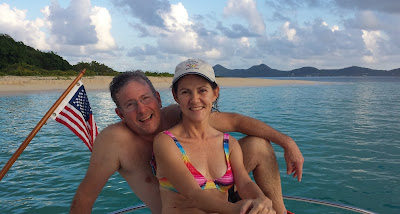